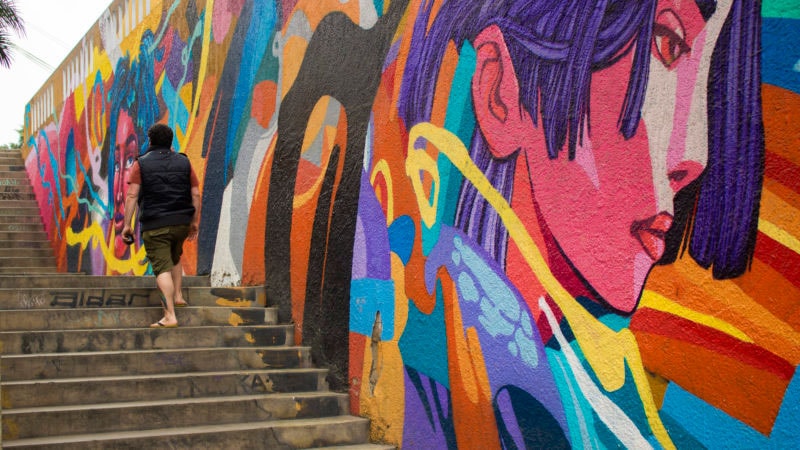 We are not guides, we are buddies

Our commitment is that you live a true local experience "We are not guides, we are buddies"

We have a maximum of 10 people per tour; with the aim of enjoying the experience in the best way

We are not guides, we are buddies.

"Communicating with Cesar was effortless as he was very prompt in his replies and accommodating with my last minute requests. We had Pablo as our tour guide and Pablo didn’t disappoint. He was passionate and knowledgable of the places we went and thankfully.I’ll definitely recommend this tour to everyone else in Lima who wants a fully guided experience to interesting places like Callao"

"This tour was awesome! Cesar was very welcoming and enhanced our stay in Lima. My girlfriend and I joined another tourist on the night time tour that included the Magic Water Circuit, street food, adult beverages, historic sites, and trendy bars. It was a unique and fun way to get to know the city. Cesar was very friendly and professional. Recommend!"

"Really great way to get your bearings in lima. Got to see a really great part of town, enjoy Pisco sour’s, and have lots of great conversation. Pablo and Caesar care a lot about making sure their guests have the best time possible in Peru and it shows. Would really recommend this tour."

"Exceeded all expectations. We got to see some really cool architecture and artwork. Explained some of the history of Lima, and of the neighborhoods we visited. Overall was a great experience, would highly recommend."

Our concept is free style, creating possibilities, where the visitor has a friendly treatment and local connectivity is what keeps them vibrant. This is Travel Buddies

The way that we develop our tours is not as the common tour operators. “We are not a guide, we are your buddie” is because we want to provide a closer experience.

We work with small businesses and local people and we are aware of the preservation of natural and cultural spaces, We combine social work with aid-in-action-programs.

Book your tour online safely. We work with payme, an online payment platform that ensures 100% security on your payments.

All our tours have a maximun of 10 people, We want you to enjoy your experience in the best way with the least number of people.

We offer guaranteed departures from the momment you buy a tour. Our commitment to our Buddies is the most important thing for us.

Ballestas Islands is a natural wonder full of surprises. The Ballestas is part of the numerous Guano Islands found along the Peruvian coastal line. The island is characterized for being populated by diverse animals and also for being covered in “guano”, the Quechua word for the accumulated excrement of the maritime animals that inhabit there. […]

Jade Rivera was born in Junín, Peru in 1983. When he was seven months old he and his mother emigrated to Peru’s capital Lima. Rivera grew up in the Chorrillos district, studied at a public school, and his curiosity about art started when he was eleven years old. Later, at age 14, he had his […]

The mystery of the Nazca Lines in Ica Peru

In Peru, between the towns of Nazca and Palpa, you can find the Nazca Lines, one of the most enigmatic archaeological mysteries of our planet. On the ground they look like a confusing labyrinth of paths, but viewed from above, they compose gigantic figures that represent geometric shapes of animals, plants and humans. These lines […]

Ever since 1944, every 31st October we celebrate in Peru “El Día de la Canción Criolla” a day that celebrates creole music, which is defined as a mixture of cultures and music originating in Europe. With the intention of recognizing the indigenous movement of the time and the rise of Creole music as a symbol […]